More than a thousand kings must have sat on the throne of Yasodharapura (modern-day Angkor) over the city’s ~500 year history. While many may have been great leaders in their day, Khmer kings are best known today for the temples constructed under their rule and the inscriptions left behind that espouse the glory of these King’s reign. The following are a number of Khmer Kings who left a lasting impression on the Kingdom of Cambodia.

Click on an image to learn about a king, the temples constructed during his reign, and the photo on the card.

Jayavarman VII (Protected by Victory), was far from the first to adopt this kingly name, but he certainly earned it, claiming the throne at middle-age by reputedly defeating the Cham king who had subjugated his people’s kingdom. Also known as The Great Builder and The Compassionate One, much of Angkor as it appears today is thanks to the nearly 50-year reign of this great King, the first openly Buddhist ruler who, nonetheless, constructed temples and shrines to the pantheon of gods and ancestral spirits.

Suryavarman II (Protected by the Sun), like the King he named himself after, was not originally from Yasodharapura but from the Northwest, in modern-day Thailand. Unlike his namesake, however, Suryavarman II built one of the most grand temples the city (and the world) would likely ever see: Angkor Wat. This temple, commissioned to honor the God Vishnu, also made Suryavarman stand out amongst kings, most of whom had built their state temples to honor Shiva.

Suryavarman I (Protected by the Sun) hailed from the east and claimed the throne as something of an usurper. Although he built no grand temple at Angkor, he was arguably Yasodharapura’s longest-ruling king and possibly its greatest general. He expanded the Kingdom’s borders and commissioned temples far and wide, from modern-day Thailand to southeastern Cambodia, including the iconic Preah Vihear temple.

Wife of King Rajendravarman, the couple ruled over a period of reunification for the kingdom after the capital was returned from Koh Ker to Yasodharapura. Their dedication to honoring a pantheon of gods and building temples to honor numerous ancestral spirits, all the way back to the mythical ancester of the Khmer, the hermit Kambu, Rajendravarman and Rajendradevi reigned over the artistic apex of Angkor.

Betrothed to the man who would become King, Princess Jayarajadevi passed while her husband was fighting the war that would earn him victory and the title that came with it: Jayavarman VII. As the King was a devout Buddhist and claimed the throne at a late age, Jayarajadevi is likely to have influenced the King’s religious beliefs, as her sister would continue to do so.

Sister of Princess Jayarajadevi, Indradevi married her sister’s widow as he claimed the throne as Jayavarman VII. A renowned Buddhist scholar, Queen Indradevi is believed to have been the regent of the Kingdom’s most renowned Buddhist university, located at the iconic temple of Ta Prohm. Both she, her sister, and the King’s mother were often depicted in the likeness of Prajnaparamita, the Boddhisatva of Wisdom.

The king who built a new capital to rival Yasodharapura.

Digital Drawing By Soun Vinsen (modified for use)

“A lion man, he tore his enemies with the claws of his grandeur.” 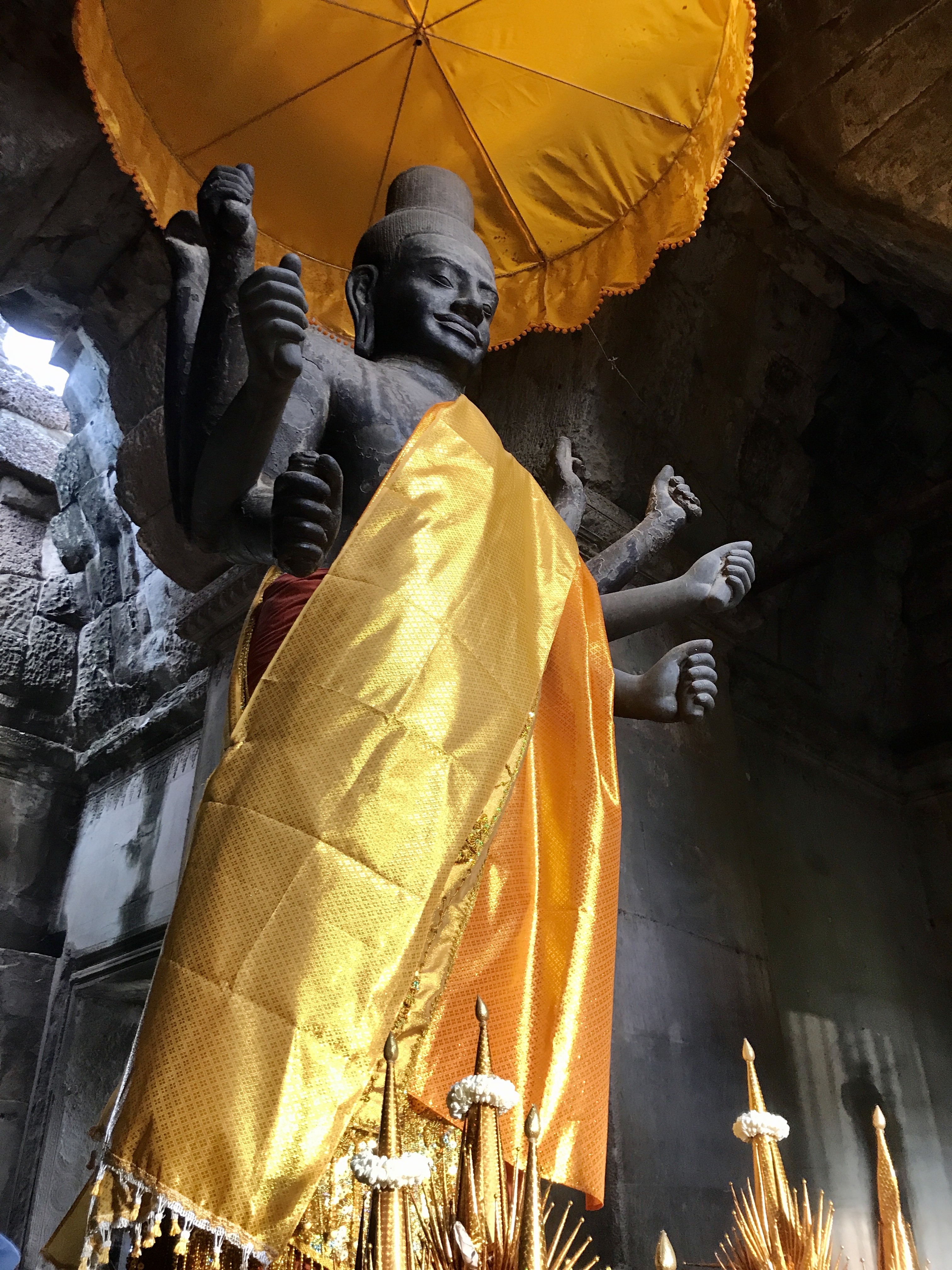